Are you facing a charge for a Washington State Violent crime? 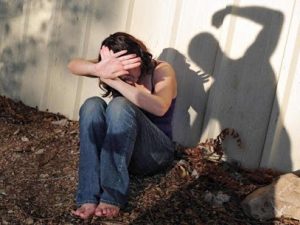 In life sometimes mistakes are made…

From gross misdemeanor assaults, any crime involving allegations of domestic violence, use of a knife, gun or other dangerous weapon, conviction in Washington State poses the potential imposition of harsh terms of substantial incarceration, the length which will depend on the crime you are convicted of by losing at trial or whatever charge(s) one eventually pleads to hopefully after a skilled criminal defense negotiation with the state prosecutors and the history of felony points especially those that have not yet ‘washed out’ for scoring purposes per the Washington Sentencing Reform Act and the Washington Sentencing Guidelines (i.e., how many previously felony points, if any, a defendant has already acquired before sentencing on the new conviction. These cases are very tough and difficult for just about everyone charged. We empathize.

I help my clients with the help of my assistants to get through the nightmare of being accused while remaining intensely focused on the defense efforts.  I am a fearless litigator and tenacious, relentless negotiator and this has even been stated by prosecutors in open court on the record.  Don’t settle for less.  It takes many years in practice to get on top of this special legal arena.  Criminal defense is my passion.

Weapon enhancements are served consecutively before the time sentenced on the main offense.  The so-called ‘sentencing range’ has grid and seriousness levels.  The jail or prison time goers up exponentially in length for each additional felony point (i.e., conviction) and some offenses even carry 2 points.

Retain an experienced, proven Washington State Defense Attorney right away.  Get your best defense up and preserve and develop your best strategy to avoid heavy-duty consequences.

I will work with you to try to preserve your functioning life. I’ll fight for your rights and freedom.

Of possible further interest to you:

“What Is a ‘Crime of Violence’? Supreme Court Says No One Knows”  https://blogs.findlaw.com/blotter/2019/06/what-is-a-crime-of-violence-supreme-court-says-no-one-knows.html

“FBI: Violent crime up in Seattle and Washington in 2016, but murders specifically down”  https://www.seattletimes.com/seattle-news/crime/fbi-violent-crime-up-in-seattle-and-washington-in-2016-but-murders-specifically-down/

“Crime by city in Washington are shown in “Washington Crime Statistics and Rates Report (WA)” as follows: https://www.cityrating.com/crime-statistics/washington/

Phil saved me twice. 2 dismissals against all odds.

I would definitely recommend Phil!

In the end not only did I win my case but I gained a friend!

Phil has been a Godsend for me and my family!!

Phil is a great attorney, my case was dismissed. Would definitely recommend to anyone!